Even more exciting news: there’s a Japanese edition! ＳＦ映画のタイポグラフィとデザイン, published by FilmArt, is available in all good Japanese-language bookstores. 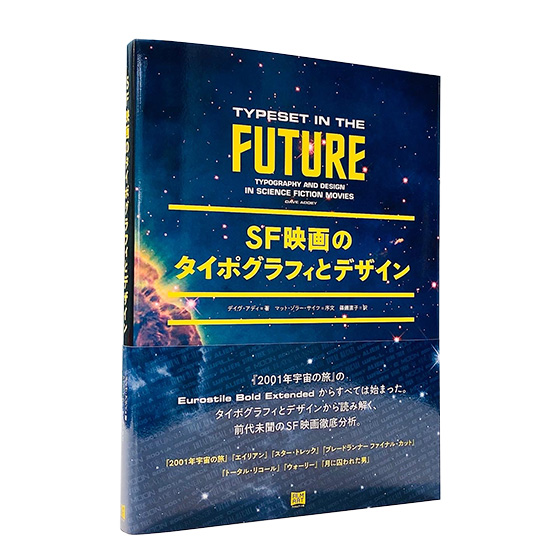 The book contains new and expanded TITF studies for seven all-time classic science fiction movies, in a form that is beautiful enough to adorn even the most discerning of coffee tables. It’s the perfect holiday present for the design / sci-fi geek in your life, even if that geek happens to be yourself.

Does it include my favorite sci-fi movie, [MovieName]?

The book studies seven classic sci-fi movies, focusing on those that create a detailed vision of the future through design and typography. (The list is also heavily inspired by requests I’ve received on TITF over the past few years.)

The book also includes interviews with sci-fi, typography, and design experts, including:

And if that’s not enough, there’s also:

How does the book differ from the web site?

Four existing articles from typesetinthefuture.com have been revised and expanded for the book, with even more geeky detail than the originals. (The book’s 2001: A Space Odyssey chapter already contains twice as much goodness as when I first studied the movie in 2014.) Three new studies have been written entirely from scratch, alongside in-depth interviews with the typography and sci-fi experts listed above.

One thought on “The Book”